When Was Welding Invented? 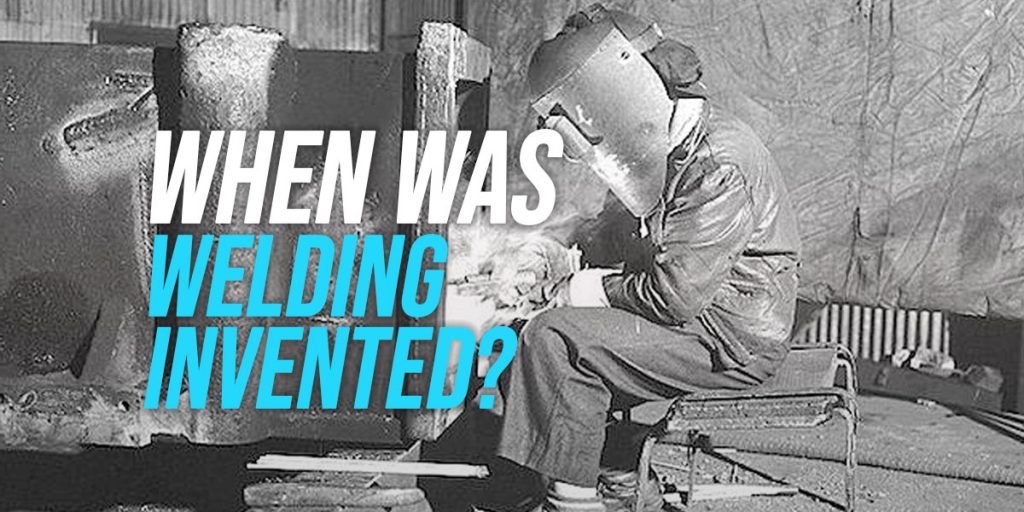 Welding is something that opened up a massive range of possibilities for fabrication, engineering and architecture. Welding, by definition is the conjoining of two metal pieces by using heat and apparatus to do so.

Welding is by no means something new and has been around in more primitive forms far earlier than the 1800s. Although the birth of modern arc-welding started in the 1800s, primitive welding was used in some fashion or another as far back as the middle ages.

During the bronze age, gold was actually welded to create opulent gift boxes for the wealthier people among their societies to use as a vessel through which to give gifts. These gold boxes were made possible by pressure welding.

There isn’t one single person that can be credited for the birth of primitive welding, but there was a massive technological leap in the 1800s that creates the platform for the types of welding that are commonly used today.

A man in England by the name of Edmund Davy discovered acetylene. This was before arc welding was invented, making acetylene torches the top-shelf choice for welders during the 1800s.

It was Sir Humphrey Davy was responsible for such a massive discovery. By using a battery and two electrodes, he created an electrical arc that proved to be the basis of arc welding, then the most cutting-edge technique, which was improved further when electric generators were invented later on in the 1800s.

What’s the Difference Between Gas and Arc Welding?

Arc welding uses an electrical current to heat the base metals and is commonly used today on everything from structural works to autobody work. Both TIG and MIG welding are arc welding techniques that are among the most popular techniques used today.

Using MIG welding as an example of arc welding, it uses an inert shielding gas along with filler wire to marry two metals. It’s used on the heavier jobs, whereas TIG welding tends to be used for the more finessed jobs.

Gas welding uses a very high temperature flame to essentially melt two metals to join them, while also adding a filler metal. Unfortunately, this technique was, and still is, out of place in unskilled hands. This is because it’s a very difficult technique which consumes more time than arc welding would.

Most would assume that gas welding was quicker, as using a blowtorch with a very high temperature flame would seem to non-welders like the faster method. This isn’t actually the case because arc welding actually causes metals to reach far higher temperatures than gas welding, resulting in a faster production rate for arc welders.

It’s also worth talking about the hazards surrounding both forms of welding. Arc welding uses incredulously high voltages in order to achieve the arc that heats the metal, meaning there’s also a high risk of explosion, especially among poorly maintained equipment.

Gas welding on the other hand uses highly pressurised, highly combustible gasses to create the flame used to weld. This means that gas welding also poses a high risk of explosion.

Both methods have their hazards, and both can result in explosions that can cause some pretty severe injuries. The best way to avoid this is to follow every safety protocol and best practice to the letter, including maintaining your equipment to a high standard.

What Is the Oldest Form of Welding?

As discussed above, welding has been around in primitive fashion for a very long time. Metals were forged and joined together by extreme heat as early as the bronze age. Repairs to armour and weaponry would’ve required forge welding to replace any missing metal in armour or swords.

As far as the oldest form of modern welding, that would likely go to the oxy-acetylene torch which was perfected in 1900. With acetylene being discovered by Edmund Davy in 1836, he wasn’t actually able to see his discovery put to industrial use in the form of the oxyacetylene torch.

What are the 4 most commonly used types of welding today?

Welding is an exciting and rewarding technique for enthusiasts and professionals alike. Using a couple of tools and various types of metals, welders can transform any piece into any shape and design they desire, all with sparks flying around in the process. However, in order to be able to master the art of welding, you need to start with the basics and be aware of the different types of welding processes.

More than 30 different types of welding exist, and they range from simple oxyfuel to high-tech processes such as laser beam welding. However, only four welding types are used commonly, and they are MIG, TIG, Stick and Flux-Cored arc welding. Each of them comes with its own advantages and disadvantages and you need to have proper training to practice them.

This welding process uses a continuously fed electrode through a welding gun and the operator needs to pull a trigger in order to feed the consumable electrode through. Between the base material and the electrode an electric arc forms, which heats the material until it reaches the melting point that makes it possible to get it joined with another.

For this type of welding, you need an externally supplied shielding gas, and some of the most common used gases for this purpose are stainless steel, carbon steel, magnesium, copper, nickel, aluminium, and silicon bronze. Some of the typical uses for MIG welding.

The main advantages of choosing the MIG style for welding include the reduction of waste thanks to the higher electrode efficiency, the minimal weld clean up required, lower heat inputs, and reduced welding fumes. Moreover, this is the easiest welding technique to learn, which makes it suitable for beginners and DIY enthusiasts.

Also known as Heli-Arc welding, TIG is a welding process that uses a tungsten electrode that is not consumable to heed the base metal and create a molten puddle for the by using this method, you can create are no filler metal or autogenous weld in order to melt two pieces of metal together. You can also add an external filler rod into the molten puddle in order to be able to create a weld bead and increase the mechanical properties of the metal.

Just like MIG welding, you will need an external gas supply, and some of the more common ones are argon and argon/helium mixtures. Some of the most typical uses for TIG welding include piping systems, aerospace welding, and motorcycle or bikes.

The main advantages of using this welding technique as an enthusiast or a professional include the ability to weld very thin materials and the high-quality clean welds. Moreover, with this technique you can weld a wide range of alloys and obtains spatter free wells, so you don’t have to worry as much about debris.

Commonly referred to as Stick, the shielded metal arc welding is a process that uses an electrode to carry electric current in order to be able to provide most of the weld metal. The electrode used for this method consists of a core wire that is coated in flux and the electric arc is created when the tip of the electrode that is the work piece and is withdrawn while still remaining in close contact in order to generate temperatures of about 6500°F.

The molten metal is protected from nitrates and oxides in the atmosphere during this process, which means that this process is a suitable one for pipeline welding, construction, heavy equipment repair, and steel erection.

The main advantages of using the shielded metal arc welding technique include the low cost of the equipment that is necessary, as well as its portability. There is no need for shielding gas as in the TIG or MIG welding techniques, which means that you can use this technique outside even during wind or rain. Moreover, this technique also works on dirty and rusty metals so it is a suitable alternative for those projects where you can simply not use the TIG or MIG techniques.

This technique is rather similar to the MIG welding method, as it also requires an uninterruptedly fed electrode, but instead of a solid wire, it needs a tube-shaped wire full with flux. An interesting fact about flux-cored welding is that it actually creates the shielding gas as you weld, which can help outdoors in low winds just as much as in the shop.

The main advantages of this technique include the higher electrode efficiency that creates less waste than other types of welding methods, as well as the lower hit inputs. With the flux-cored arc welding, there is no need for external shielding gas, and you get reduced welding fumes regardless of the metal used for welding. this is also a rather clean type of welding, as you don’t have to deal with lots of debris.

Is It Legal to Weld a Truck Frame?

Why Do Welders Starch Their Shirts?

Do You Need to Disconnect the Battery When...

How to Keep a Welding Table From Rusting...

What Is A Butt Weld?

What Is Slag In Welding? [Pros & Cons]

Can I Look at The Eclipse With a...

How Much Do Welders Make? [Figures for All...

How Much Do Underwater Welders Make?

At Welding Watch, our goal is to provide you with the best information on the market. We’re passionate about welding and want to share our knowledge and other bits we learn with people just like us.